Les Davey
Regional Representative
With two decades experience as a restorative practitioner, trainer and consultant, Les Davey has expansive knowledge and involvement in the development and delivery of restorative practices and conferencing training, consultancy and service delivery in criminal justice, communities, schools, workplaces and the looked-after children’s sector.

A founder member of Thames Valley Police, Restorative Justice Consultancy, he was responsible for the development and roll out of their RJ training from 1996 until 2000. Since then, Mr Davey has led the IIRP’s work in the UK & Ireland as Director of Real Justice UK and CEO of the UK registered charity – International Institute for Restorative Practices (IIRP) Europe.

Mr Davey has a long involvement in the development and revision of UK National Occupational Standards for Restorative Practice and the Best Practice Guidance upon which they are based. He was founding Chair of the Restorative Justice Council (RJC) Standards and Accreditation Board, when he led the work on the RJC Trainers Code, its subsequent revision and the early work on the RJC Practitioners Register. He has also previously held the post of RJC Vice-Chair.

John Boulton
Regional Representative
John Boulton was the principal of a residential special school for EBSD (emotional, behavioural and social difficulties) pupils, in Oxfordshire, England, for 15 years. He introduced restorative justice into the school in February 2004. In 2005-2006 he was awarded a Churchill Foundation Travel Award to research restorative justice in the United States and, in particular, visit the different types of provision within the IIRP organisation.

Mr Boulton has been IIRP Europe Director of Training and Consultancy since June 2010. Over that time he has trained and supported many people from various agencies and backgrounds. In particular, in his current role, he has been supporting the successful implementation, roll out and sustainability of RP in Blackpool, West Tallaght Childhood Development Initiative, Dublin and the in the City & County of Swansea. Mr Boulton’s particular interests include restorative practices as a tool for organisational change and the application of restorative practices in different settings.

Vidia Negrea
Regional Representative
Vidia Negrea is a clinical psychologist and a restorative practitioner in Hungary. She has been working for more than a decade on implementing restorative practices in different fields in Hungary, from schools and youth care, through community support, prison and reintegration processes to higher education.

Since 2007 she has worked together with other organisations and governmental agencies to develop, pilot and create programs or protocols, which support the implementation of restorative strategies for the stakeholders of the criminal justice system.

As well as managing the office and the organisation’s finances, Mrs Davey is the main point of contact for trainer/consultants and our many ‘in-house’ trainers, ensuring everything is in place and in good order ready for their courses and workshops. Mrs Davey is also an experienced conference administrator, having been involved in the planning and delivery of several International and regional IIRP Conferences.

Our Board of Trustees

John W. Bailie, PhD
Trustee and IIRP President
Dr Bailie is President of the International Institute for Restorative Practices (IIRP). He is a frequent presenter at national and international conferences on education reform and civil society development. Dr Bailie has initiated major research projects on restorative practices in schools and frequently publishes on the application of restorative practices in leadership, social innovation, adult learning and education reform.

Dr Bailie is also Visiting Faculty, Teachers College, Columbia University. He studied English, art and military science at Norwich University and accounting and logistics at the U.S. Navy Supply Corps School; received his Master of Restorative Practices and Youth Counseling from the IIRP and holds a PhD in Education and Adult Learning from Lesley University.

Valerie Keitch
Trustee
Val Keitch resides in the United Kingdom and has worked in the criminal justice system for many years. She began as a probation officer before transferring to the prison service. She worked on women’s resettlement issues and co-wrote The National Strategy for women leaving custody.

After retiring, Ms Keitch became interested in restorative practices. She set up the award-winning Community Justice Panel in Somerset. The Panel used trained volunteers and diverted people from the criminal justice system. It worked with the police and branched out into neighbour disputes and school work. The Panel was awarded a Queen’s award for its work for the community.

Ms Keitch is a licensed trainer with the IIRP and has trained many people. Since retiring from that work, she was elected Town and District councillor. She served two years as Mayor of Ilminster and was recently elected Leader of South Somerset District Council. Her passion for restorative practices remains undiminished.

Evelin Fecioru
Trustee
Evelin Fecioru is a Cyber Security Delivery Manager for a multinational IT company based in the United Kingdom. She has a strong technology background, having worked in a variety of IT roles in the last decade.

Ms Fecioru holds a Bachelor of Science in Industrial Design and Engineering from the Budapest University of Technology, a Master of Arts in Design Studies from the University of the Arts London, and is currently studying for a Postgraduate Certificate in Strategic Leadership and People Management at the University of Derby.

Ms Fecioru was introduced to restorative practices at an early age by her mother, IIRP Europe Regional Representative and IIRP Trustee Vidia Negrea. She also helped to translate the Restorative Justice Conferencing book into Hungarian.

Nicola Preston
Trustee and IIRP Faculty
Nicola Preston began her involvement with restorative practices as a police officer with Thames Valley Police, in the United Kingdom, where she was part of a team — the Restorative Justice Consultancy — that successfully introduced restorative justice into police work. Now a primary school teacher specialising in children with special needs, Ms Preston brings two distinct, relevant areas of expertise to the IIRP. 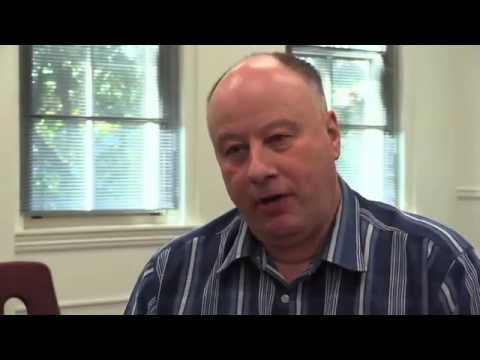 IIRP trainers are all practitioners.

Donate: The Big Give

IIRP Europe is a Registered Training Provider with the Restorative Justice Council (RJC) and adheres to the RJC Trainers Code of Practice.